Every once and awhile, a revolutionary product comes along that changes everything.

I remember exactly where I was during the 2007 Macworld keynote when Steve Jobs introduced the original iPhone. Since Jobs' return in the late 90s, the keynotes have become a pilgramage of sorts for me and other Apple enthusiats, many of them programmers. There I was, with my Palm Treo in hand, my mouth slightly agape watching this new device completely leapfrog anything else in the market.

10 years later, Apple has sold over 1.2 Billion iPhones and expects to sell 250 Million more this year. They've done this by introducing a constant stream of new innovation, packing more and more advanced and powerful components into an almost equivalently sized case.

It's easy to forget how far we've come in 10 years of iPhones, so I thought it would be interesting to compare side-by-side the iPhone X to the original iPhone to understand just how much progress Apple has made in a relatively short period of time. 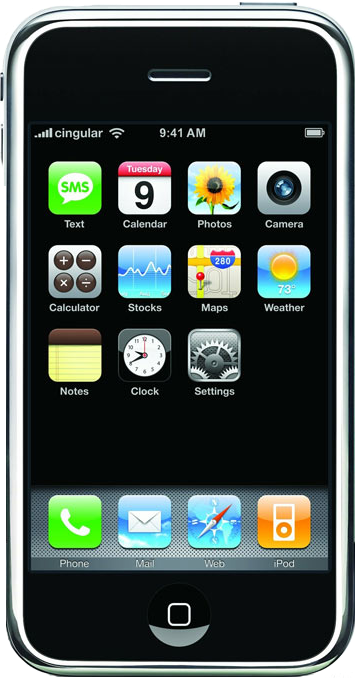 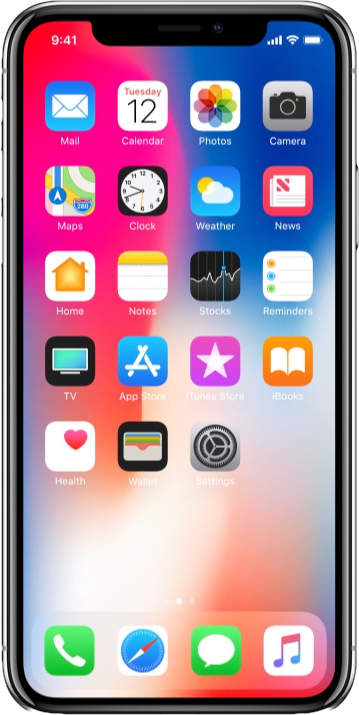 Oooh that screen. This is arguably the most important change of the past 9 iterations of the iPhone. The iPhone X isn't much bigger than the standard iPhone 8, but the Super Retina screen feels as large as the iPhone 8 plus. The 2436-by-1125-pixel resolution at 458 ppi with 1,000,000:1 contrast ratio is the brightest and highest resolution screen Apple has ever built.

The biggest problem with the edge-to-edge screen however, is the issue of where to put all those sensors (front camera, proximity sensor, speaker, infrared camera, faceID sensor, etc...)? The Apple design team clearly had to make a sacrifice here and decided to wrap the screen around a visually jarring "notch" that has been the source of a lot of jokes.

It's always incredible to look back at the progress of the CPU, just to remember how fast exponential growth really takes us in a short period of time. Moore's law predicts that transistor counts will roughly double every two years, which means that the main CPU in the iPhone would double capacity approximately 5 times over the past decade. Moore's law would therefore predict a 4GB processor (128MB * 2^5), which we fell just short of with the iPhone X chip. 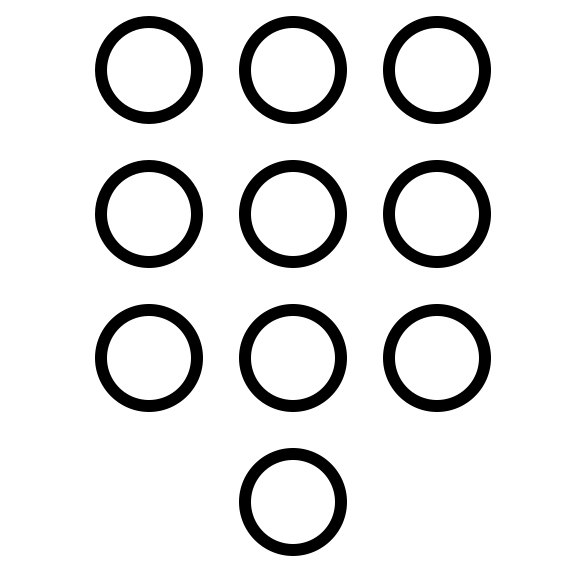 For secure authentication, the TrueDepth front-facing camera on the iPhone X projects and reads over 30,000 infrared dots to form a depth map of the face along with a 2D infrared image. The A11 Bionic chip's neural engine transforms this data into a mathematical representation and compares it with the enrolled facial data. The original iPhone has a 4-8 digit passcode. 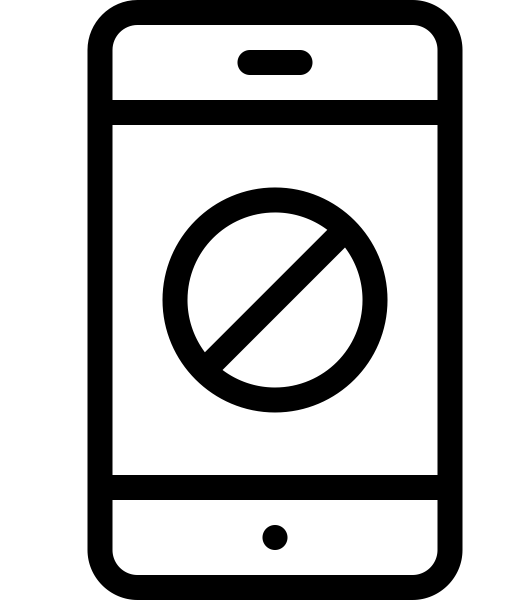 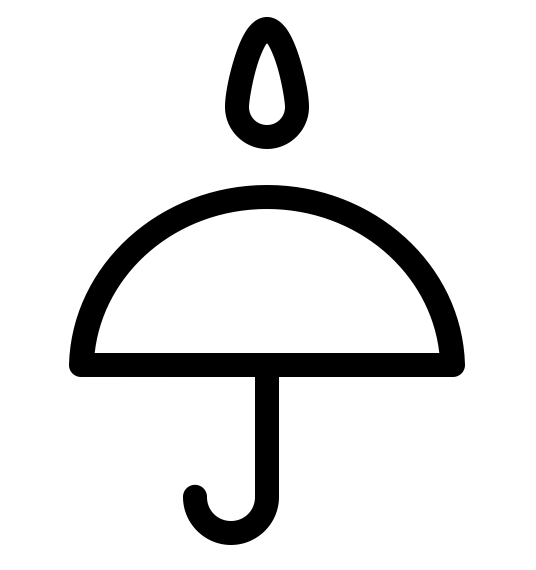 I think this speaks for itself. How many of us have inadvertently dropped our iPhone in a puddle, sink or (for the love of God, Why?) the toilet? Now you can snatch your phone out of whatever liquid environment it has unfortunately found itself and go right back to your mobile game or instragram feed. Although wear & tear tests haven't been performed on the iPhone X yet, I suspect this might be one place where the orignal iPhone might actually perform better given that the iPhone X is pretty much all glass; even if the glass is strenghtened and scratch resistant.

The iPhone has seen an incredible amount of improvment in its camera(s) over the past 10 years. The original iPhone was only capable of fixed-focus 2MP photos, while the iPhone X boasts 12MP wide-angle and telephoto cameras with dual optical image stabilization, optical zoom up to 10x, and a vivid portrait mode setting so you can take studio quality photos from your phone. Shooting video is also equally impressive with 4k video recording at 60fps, optimal image stabilization (no more jumpy videos!) and slow-motion video at 1080p. Just incredible progress here as the original iPhone camera was just an afterthought. 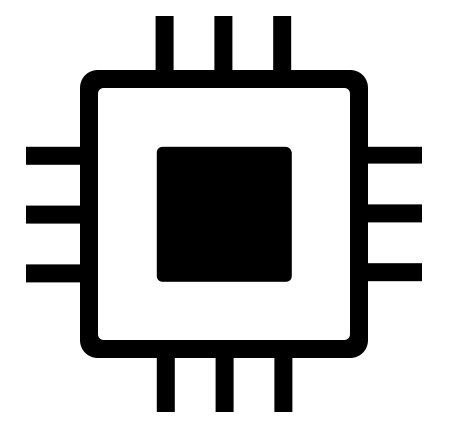 A11 Bionic chip with 64-bit architecture

The iPhone X A11 chip is one of the fastest chips in any of its devices. Early performance benchmarks put the iPhone X on par with the new 13-inch Macbook Pro. Multicore chips today are capable of performing hundreds of billions of instructions per second. In 2006, chips were about 1000x slower, capable of hundreds of millions of instructions per second.


Storage has always been a bit of a touchy subject with the iPhone. As storage has almost entirely moved to the cloud over the past decade, local storage becomes more of a temporary asset than something to expect. Although we've still seen some remarkable gains in available local storage, the iPhone X is still lacking relative to its peers that boast expandable storage capacity. Still incredible to see how far we've come in a short time, though practically speaking we still can't fit many photos and videos on the iPhone X, they just happen to be 4K videos and 12MP. A 12 megapixel image is 4000 pixels wide and 3000 pixels tall. That's just under 1 METER wide at 150ppi!


The original iPhone's accelerometer, proximity sensor and ambient light sensor were all impressive additions to a smartphone at the time. Now, compared to the iPhone X internal design, each of the orignal iPhone's components look like some amateur packed a few random radioshack components into the phone casing and pasted them togther. In fact, the now notorious notch of the iPhone X packs virtually an entire Microsoft Connect in to that little notch.


The iPhone has never been cheap. In 2007, $500 was considered incredibly expensive for a phone, and 10-years later, the new entry level $999 for the flagship iPhone X is just as difficult to swallow. As Apple pushes the envelope of what's possible with smartphones, they also push their suppliers right to the edge of whats possible, so pricing the phone above equilibrium improves their margins and can act to reduce immediate demand -- which works since supply is going to take 6-8 months to catch up with demand at lower prices.


Is the iPhone X "Revolutionary"?

Despite the iPhone's remarkable evolution over the past decade, despite all of the incredible innovation that has occurred on every single component and feature within this little device that you carry around in your pocket, the iPhone X is not a "leapfrog" product (Apple isn't behind any of its competitors, but I use "leapfrog" in the revolutionary sense). If Steve Jobs were around today I think he'd be the first to admit that. The display offers substantial enough visual differentiation that will likely succeed in driving new product sales but it is not a revolutionary product; it is still just an iterative (albeit larger iterative) improvement over past iPhones.

I still have a lot of hope for Apple, even without Steve conducting the orchestra. And while I think that the iPhone will still have a powerful presence in our lives during the next 10 years, I think it will start to be replaced by a collection of smart devices that are more seamlessly integrated into our physiology.

The Apple Watch paired with Airpods is potentially one of these combinations. ARKit with smart glasses could also possibly be the next great consumer consumer device.

Even though Steve is gone, the heartbeat of Apple's innovation is still apparent. It's faint, but it's there if you listen deep enough. This recent quote from Jony Ive I think starts to peel away at the outer layers of that vision:

We believe in a wireless future. A future where all of your devices intuitively connect. This belief drove the design of our new wireless AirPods. They have been made possible with the development of the new Apple-designed W1 chip. It is the first of its kind to produce intelligent, high efficiency playback while delivering a consistent and reliable connection.

The W1 chip enables intelligent connection to all of your Apple devices and allows you to instantly switch between whichever one you are using. And of course the new wireless AirPods deliver incredible sound. We’re just at the beginning of a truly wireless future we’ve been working towards for many years, where technology enables the seamless and automatic connection between you and your devices.

Steve wasn't the only visionary within Apple. In fact, it's possible (and widely cited) that Steve really didn't have all the ideas. But he was the conduit through which all of these visions came together. And so the real question in response to whether Apple has an Act II this next decade isn't whether they have the vision or the capabilities to execute on that vision. The question is whether such a large organization can operate with the same Harmony as they did during the earliest development of the iPhone without one of the best organizational conductors of all time. Only time will tell.